James Bennett-Levy is Professor in Mental Health and Psychological Wellbeing at the University of Sydney. He is a recognised leader in the field of therapist training, who has trained over 10,000 therapists in 25 countries. His theoretical contributions include two influential models of therapist skill development, the Declarative-Procedural-Reflection model (Bennett-Levy, 2006) and the Personal Practice model (Bennett-Levy & Finlay-Jones, 2018). He has pioneered and researched the self-experiential approach to therapist training known as self-practice/self-reflection (SP/SR) (Bennett-Levy et al., 2001, 2003, 2015), and is series editor for the Guilford Press’ SP/SR series, for which he has co-written two of the books: Experiencing CBT from the Inside Out: A Self-Practice Self-Reflection Workbook for Therapists (Bennett-Levy et al., 2015) and Experiencing Compassion Focused Therapy from the Inside Out: A Self-Practice Self-Reflection Workbook for Therapists (Kolts et al., 2018). Previously, he co-wrote/edited three other significant books for clinicians - Oxford Guide to Behavioural Experiments in Cognitive Therapy (2004) Oxford Guide to Low Intensity Interventions (2010); Oxford Guide to Imagery in Cognitive Therapy (2011). 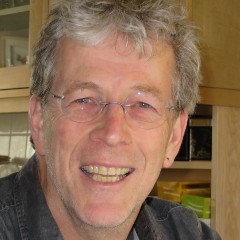